Touring with HAWKWIND. Part ONE.

Sorry. I lost my camera after a few days on the road so I have no photos of the tour at all.
Posted by Unknown at 07:28:00

I first got the idea of playing in a band when I was at school. I had had piano lessons since I was 4, obviously with a classical bent but,... 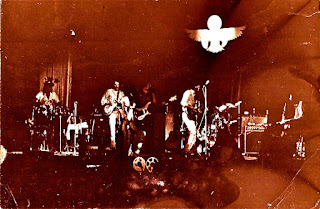